About the University of Louisville 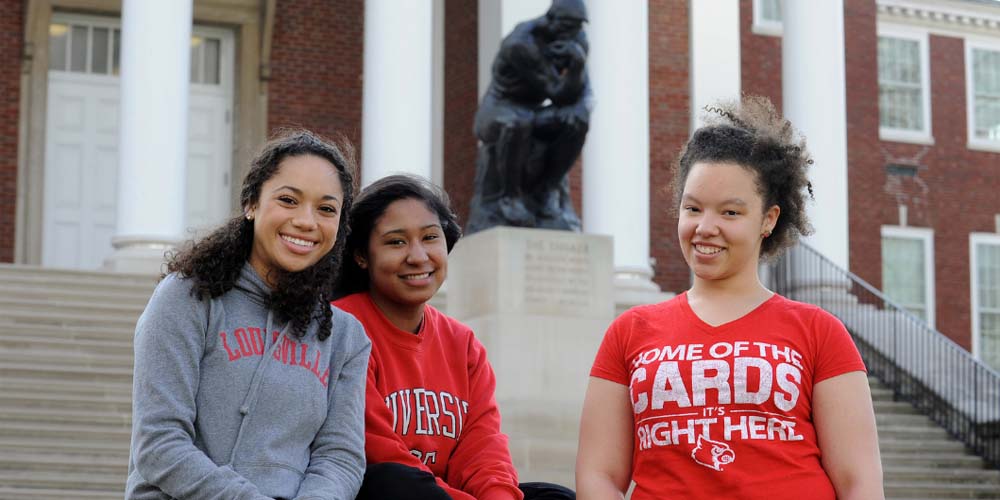 Founded in 1798 as one of the nation's first city-owned, public universities, the University of Louisville (UofL) is a vital ecosystem that creates thriving futures for students, the community and society. UofL is one of only 69 universities in the United States to earn recognition by the Carnegie Foundation as both a Research I and a Community Engaged university and is proud to be ranked among the nation's best institutions for African American and LGBT+ students, as well as a designated Military Friendly school. The institution is a producer of top scholars, including 148 Fulbright Scholarships awarded since 2003 - more than all other Kentucky public institutions combined - and has earned international acclaim for groundbreaking discoveries in areas including transplantation, cancer research, cardiac care and spinal cord research. This dynamic tapestry of diverse perspectives makes UofL a place where potential is unleashed and positive change for humankind is fueled.
UofL enrolls more than 22,000 students and offers undergraduate degrees in more than 50 fields of study, master’s degrees in over 75 areas, and doctoral degrees in over 35 disciplines. The university also is accredited to grant professional degrees in medicine, dentistry, and law.
UofL contributes significantly to the economic, cultural and intellectual life of the Louisville community. The city itself also serves as a classroom for UofL students, who benefit from internships and partnerships with Fortune 500 companies, as well as a wide range of community service opportunities. The magnitude of UofL's achievements reach beyond Louisville into every corner of Kentucky and across the nation.  Our alumni network is over 150,000 strong, with Cardinals living all over the Commonwealth of Kentucky, the United States, and around the world.  UofL has educated about 30 percent of Kentucky’s physicians and attorneys and over 40 percent of its dentists.
At UofL, students learn from faculty members who are experts in their subject areas. Nearly 90 percent of full-time instructional faculty hold the highest degrees in their field. In addition to their classroom duties, UofL faculty are leading research projects funded at nearly $161 million in federal, local, and private grants for Fiscal Year 2020.
Those same professors share the latest research, techniques, and knowledge with students in the classroom. Faculty and student researchers are aided by leading-edge computer systems and laboratories, including one of the nation's top academic clean rooms where work in bioengineering, nanotechnology and other high-demand fields takes place. They may also gather information from across the ages and around the world through the University Libraries system that offers more than 1.6 million volumes, 100,000 print and electronic journal titles, journal subscriptions, and unique resources through its special collections and archives.
A diverse and active student body enriches the educational experience at UofL. Students of color represent over 25% of student enrollment and international students represent 4.2 percent of total enrollment. While Kentucky students account for the majority of the student population, with over 40 percent coming from Jefferson County, over 20 percent of UofL students are from more than 50 other U.S. states and territories. More than 400 campus organizations help students meet new friends, develop leadership skills and explore new interests.  Sports fans are able to enjoy Division I men’s and women’s athletics; UofL is a proud member of the Atlantic Coast Conference (ACC).
UofL’s Belknap Campus is home to eight of its twelve academic schools and colleges: the College of Arts and Sciences, the College of Business, the College of Education and Human Development, the J.B. Speed School of Engineering, the Graduate School, the Brandeis School of Law, the School of Music, and the Kent School of Social Work. The Health Sciences Center, is located in downtown Louisville's medical complex, and is home to the schools of Medicine, Nursing, Dentistry, and Public Health and Information Sciences, along with University of Louisville Hospital and UofL Health - Jewish Hospital. The UofL Health enterprise includes an additional three hospitals, four medical centers, the Frazier Rehab Institute, Brown Cancer Center and nearly 200 physician practice locations.
Additional information about UofL can be found on the following pages:
Back to Top